Whether you are a solopreneur or run a larger company, ideally, you should have file management standard operating procedures in place. Chances are, though, that you don’t, and that your files and folders are getting messier and messier by the day.

In that case, while you should start thinking about implementing a proper file management system, I recommend at the very least immediately starting to follow the nine simple rules below.

While they won’t make your files and folders organized overnight, they will help you get on the right track to creating a system where you don’t have to spend half an hour searching for the right file. 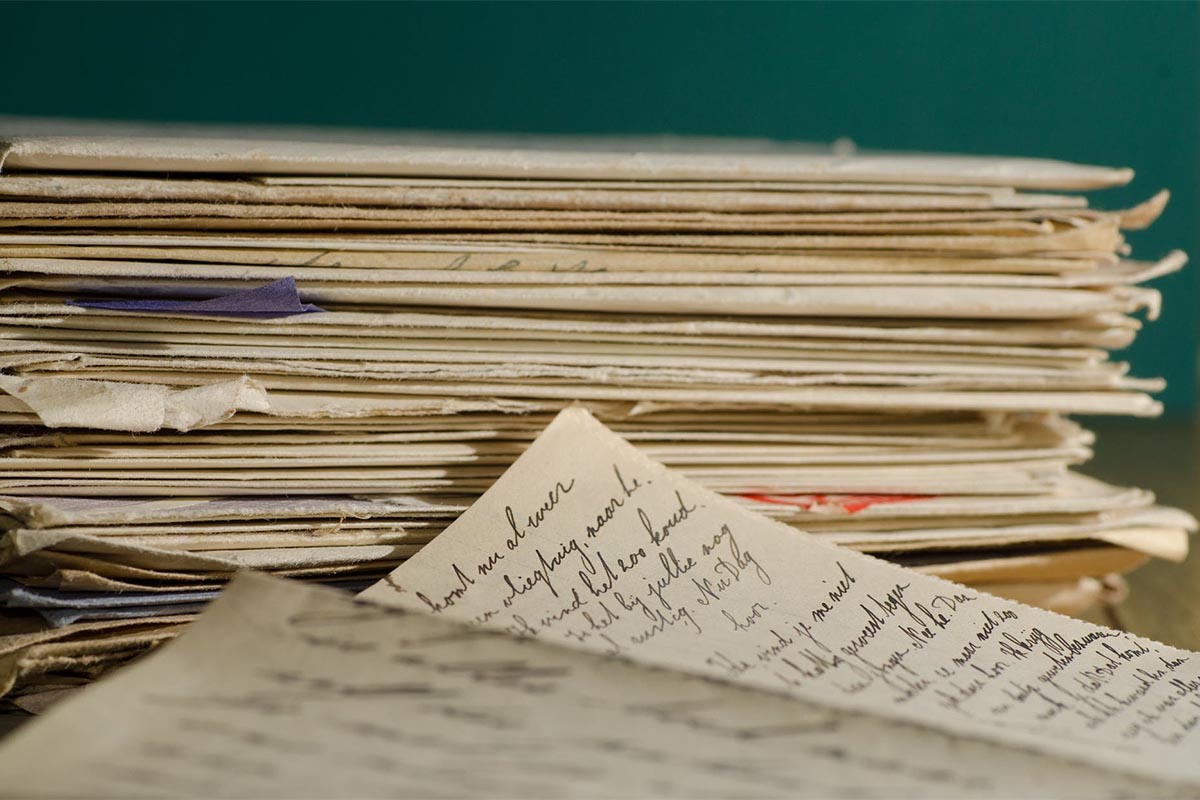 If you decide to pick and follow just one of the nine rules in this list, I hope it’s this one.

Whether it is a proposal or an internal document that you are working on, you will likely be saving several versions of it before it’s ready to present to its audience.

In many cases, you might end up revising a document even after you save its “final” version.

Instead, stick to a simple version control system such as adding “v1” (and “v2” and so on) to the file name.

That way, you will know that the highest numbered version of the file is – at that moment in time – the final version.

Whenever I work on a flyer, a presentation, or any kind of file that takes me more than just a couple of minutes to make, I tend to save the document as a new file multiple times in order to be able to return to an older version in case I mess something up along the way.

In the past, I used to keep all of the files in any given document’s main folder.

However, with some documents going through four, five, or even more iterations before being done, the folders would get messy quickly.

As such, for quite some time I’ve been creating an “archive” folder (you can also call it “process,” “old,” or something similar) within each document’s parent folder where I move all the old versions of the document – and keep only the latest version in the parent folder.

Recently, for projects where I have an editable file that I later export into a PDF, JPG, or other non-editable formats, I also make an “exports” folder where I store the exported files.

That way, there is only a single file in the parent folder at any given time – the latest editable version of the document.

So, if I was, let’s say, making a flyer for a trade show, the folder would look something like this:

While the usefulness of the “exports” folder will depend on the kind of project you are working on, I find the “archive” folder to be useful for all documents that you will have more than one version of.

Depending on the what files you keep, you might want to use dates in your file or folder names. Examples of that would be files with meeting notes or folders related to events you organize or participate in.

When using dates in file and folder names, make sure to always stick to the same date format.

While being consistent is a good first step whatever the format is, personally, I would recommend you to use either the “yyyymmdd” format or the “yyyy-mm-dd” format.

That way, you will easily be able to sort your files chronologically whereas that would not be possible if you use the reversed “dd-mm-yyyy” or “yyyy-dd-mm” formats or if you write out the month’s name rather than the number.

While sorting files with dates in the “yyyy-mm-dd” format will get you something like the below:

…using the “yyyy-dd-mm” format would get you the following mess:

As for “yyyymmdd” versus “yyyy-mm-dd,” the one thing that makes the format with dashes slightly better than the one without is that it will allow you to search for files related to a specific month easily.

For example, without the dashes, a search for “12” will come up with files that are related to either the year 2012, the month December, or the 12th of any month. With the dashes, you will be able to search for “-12-” which will only show you files related to December.

#4: Mark files that you distribute

If you tend to send certain files to clients (or to anyone outside your team or organization for that matter), I recommend marking those files with “submitted” or similar.

That way, you will always know which version went out to a client, and so you won’t have to worry about printing a working version of a file with typos or wrong pricing information while in a hurry to head out of your office to meet the client.

I recommend placing the “submitted” tag at the very end of a file name, after the file’s version.

That way, you will not lose the ability to sort the files by name and get the latest version at the top (or the bottom) while at the same time you will be able to easily distinguish the files that only you or other people working on the file have seen and the files that the client has seen as well.

That way, when sorted, your files will look something like this:

Also, to avoid mix-ups, make sure you only have one series of file versions rather than separate numbering for the versions of the file that get to the client and those that don’t.

So, basically you want to avoid the below as over time with dozens or hundreds of different documents, you’ll have no idea whether “submitted v2” or simple “v3” is the more recent version:

#5: Only use numbers to reorder process-related files and folders

At times, it might be tempting to add numbers (or letters or characters) in front of file and folder names to get them into the order that you want to have them in rather than in alphabetical order.

What I mean is having these folders…

Oftentimes, it’s done to bring the most used folders to the top.

In that case – especially if you work with a team – I don’t recommend doing that.

And so, overall, you would be better off just having the folders in alphabetical order.

On the other hand, if you have a folder structure that reflects a certain process – and each folder represents a single step within that process – then it might make sense to do it.

Now, that’s certainly better than the below:

One more case where it might make sense to do it is if you use archive or exports folders.

In those cases, you might want to name them “_archive” and “_exports” to always keep them on top of each of the document folders they are in.

In case you are collaborating on a file with other people and would like to keep track of who made changes to a file before saving it as a new version, it makes sense to add that person’s name or initials to the file name.

That way, you will be able to easily see who edited any given document, but you will still be able to sort the files by name and get them in chronological order that way – which comes in handy since, in most cases, you will likely want to work on the latest version regardless of who edited it.

Given that storage – whether local or cloud – is really cheap nowadays, it’s easy to gather loads and loads of files.

And, it’s also easy not to care about having duplicates of the exact same file.

While that’s not such a big deal when it comes to files that you generally wouldn’t edit – PDFs, stock images, songs, etc. – it can cause troubles if you end up with two copies of the supposedly same version of the same file.

I’m saying supposedly since it’s likely that you will end up making edits to one of the two files but not the other, and end up with a pair of files which might share their file names but are different – two files only one of which is the “right” file.

To avoid that, simply make sure that whenever you are working with an editable file, you save all its versions into the same folder. Or, that if you make significant changes to a file to accommodate for a certain situation, you save it as a separate file – and name it so.

#8: Don’t overdo it with subfolders

When filing a file into a folder – especially when cleaning up and organizing your existing files, it’s easy to get carried away and create a folder structure that is too granular to be practical.

Instead of creating subfolders aimlessly, even if they theoretically make sense, consider how many files each subfolder will have and whether it is really necessary.

For example, while it might make sense for a company with hundreds of clients all over the world to have a client folder that’s structured as “Clients -> United States -> Restaurants -> Burger King,” for a smaller agency with only twenty or so clients, it would be better to simply use “Clients -> Burger King.”

#9: Use the cloud and don’t spread your files around

If there’s one thing in this list that I personally have to stick to more, it’s this one.

Rather than having some files in Dropbox, some files in Google Drive, and some files on your local drive, have them all in one central place. And, preferably, make it one of the cloud services.

That way, you will, at least, know which “drive” all your files are on.

And, if you put them all “in the cloud,” you will be able to work on the same files regardless of the device you are working on.

So, you will be able to create a document on a desktop computer in the comfort of your home office, make edits to it on your laptop while traveling, and finally, send it to someone using your smartphone during a taxi ride.

In case you, for one reason or another, decide to use your local drive, make sure to create regular back-ups so that you don’t lose your files in case of a hardware failure, etc.

Actually, you might want to create back-ups even if you rely on cloud services…

While you can create file management standard operating procedures – something I’ll write about in the future – to avoid that to some extent, what you can do today is start implementing at least some of the simple rules mentioned above.

They won’t turn your files and folders into something as organized as, let’s say, a library, but they will certainly help you get one step closer.