Right now, I’m reading Head in the Cloud by William Poundstone, a book about the importance of knowing facts even in an age when virtually every piece of factual information is just a click away.

Overestimating the Minor and Vice Versa

The book referred to a series of surveys that, among other things, asked people what percentage of the United States’ population minorities such as Muslims, African Americans, or homosexuals form.

In most cases, the average answers were several times higher than the actual figures. For example, in one survey, the average respondent believed that 15% of the American population is Muslim while the actual number is around 1%.

Similarly, the guesses of what percentage certain majorities form were lower on average than the actual numbers. In the same survey as above, the average respondent believed that 56% of the American population is Christian while the actual number is 78%.

The Christian example above was in contrast to countries like Japan and South Korea where Christians are a minority, and where people consistently overestimated the percentage of the total population they form.

While the quoted survey was about people’s perception of the United States and other countries’ demographics, I couldn’t help but see similarities between the results of the polls and human behavior in general.

Especially so when it comes to starting all kinds of projects ranging from someone’s attempt to save for a dream vacation all the way to a large corporation launching a new product line.

What I mean is that we focus on small tasks which we believe to be more important than they actually are. We also often ignore the big, important tasks and assign lesser importance to them in our heads. 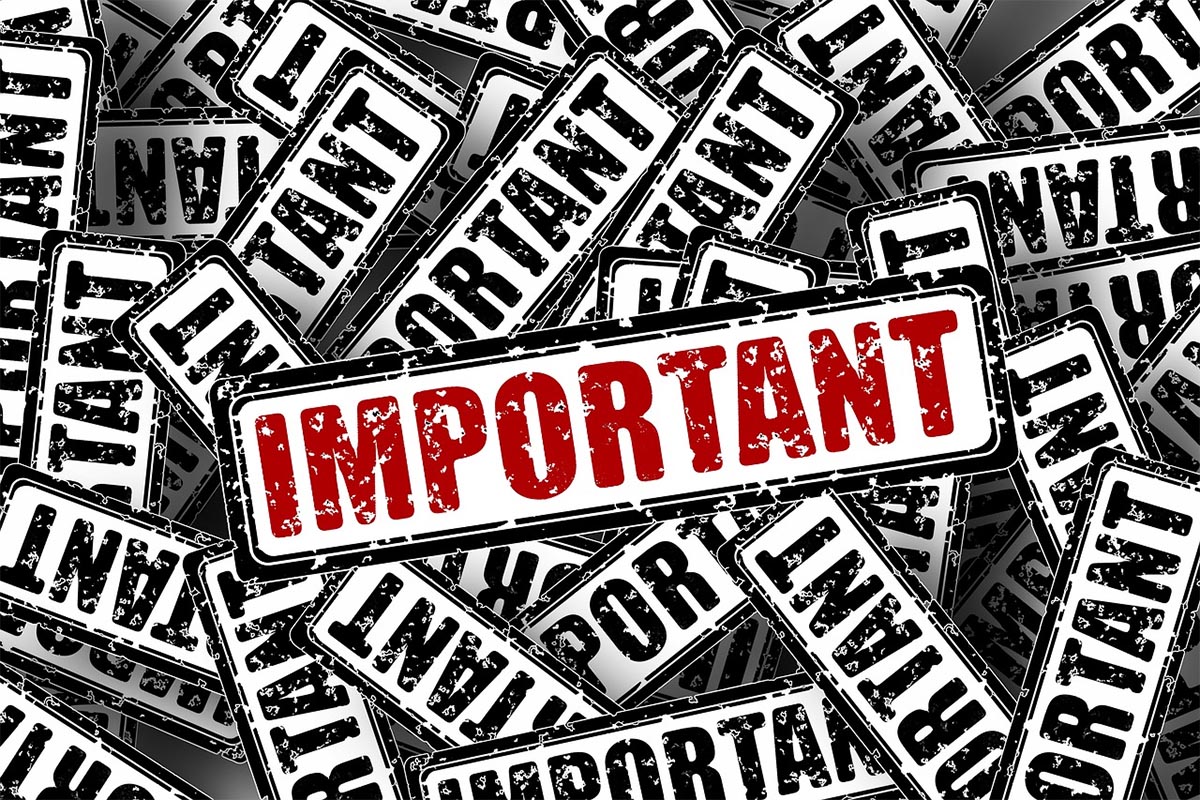 Let’s take the project of launching a new blog as an example.

Many first-time bloggers, myself included, find a topic that they want to write about, decide to start a blog, and then get stuck on coming up with the perfect name for their new blog, designing their logo, or searching for the perfect WordPress theme.

I believe they genuinely believe that getting all those things right from the start is important and that getting them right will be the difference between a success and a failure.

But, I also wouldn’t be surprised if those beliefs stemmed from the fact that deciding whether your logo should be red or blue, or whether you should use Arial or Times New Roman for your blog post titles is “more fun and easier” work than actually sitting down and writing a 3,000-word article.

All they’d have to do to realize that would be to go through the website in their bookmarks. Websites they return to because they enjoy consuming their content and not because they love their logo.

Are You Focusing on the Truly Important Tasks?

That said, while it might not make sense for the average blogger to spend hours choosing the right logo and theme, it might be an important thing to do for someone that is about to blog about design.

In other words, what is and what is not important depends on each person’s goal. And, it can change over time.

What doesn’t change, though, is our tendency to place too much importance on simple and easy but not-so-important tasks at hand at the expense of pushing truly important but complex tasks lower on our to-do lists.

So, of course, it’s up to you to determine what you should be focusing on to bring you closer towards your goal.

But, when doing so, be aware of the fact that we tend to overestimate the small and unimportant and underestimate the large and important, and ask yourself twice whether the tasks you put at the top of your to-do list are truly the most important ones.

After all, to get back to the blogging example, if a new blogger puts “decide whether buttons should be green or red” on his to-do list, it’s just a waste of time.

But, at the same time, if a blogger with two million page views a month puts it on his to-do list, it might mean a difference of thousands of dollars a month.